A feature of the old Sony F707 camera was its ability to take infrared photographs through its "nightshot mode". To use this feature, the light levels had to be extremely low to prevent overloading of the sensors. In nightshot mode, the camera was restricted to F/2 (maximum aperture) and 1/60s shutter speed. This meant in order to use the camera, in this mode, in the daylight, it had to be modified or filters used. As I would have had to send the camera to the USA for modifications, I opted for trying filters. Using this camera for infrared became very popular when dSLRs became affordable - there were many, many discussions about this on the DPreview forums in the early to mid-2000s. For an easy-to-read overview see this article.

For the pics shown here, I used an infrared R72 filter (Hoya), with an ND8 neutral density filter (Cokin) and an ND2 filter (Cokin). The neutral density filters were used to lower the light levels as the camera's speed and aperture settings cannot be changed in nightshot mode. The IR filter blocked out most of the visible wavelengths of light, but some colours still bled through, which meant post-processing had to be done to remove these residual colours.

A huge advantage of the F707 in nightshot mode was that, even with the R72 filter on the camera, it was possible to view, and compose, the picture being taken. An infrared filter on most other cameras would result in a pitch black viewfinder as all wavelengths of light, other than infrared were being blocked by the filter. A further advantage of the F707, was that the viewfinder was not a normal TTL (though-the-lens) viewfinder, it showed what the the sensor was seeing (electronic viewfinder - EVF). Thus in bright light, one did not have to rely on the main viewing screen of the camera, but could rather use the mini viewing screen of the EVF.

Since writing this note, I have tried to charge the battery of the F707, but although it shows as being fully charged, on using it, the battery runs out within five minutes. It looks as though after-market batteries can still be obtained, but I am not sure whether it's worth it for a bit of nostalgia. 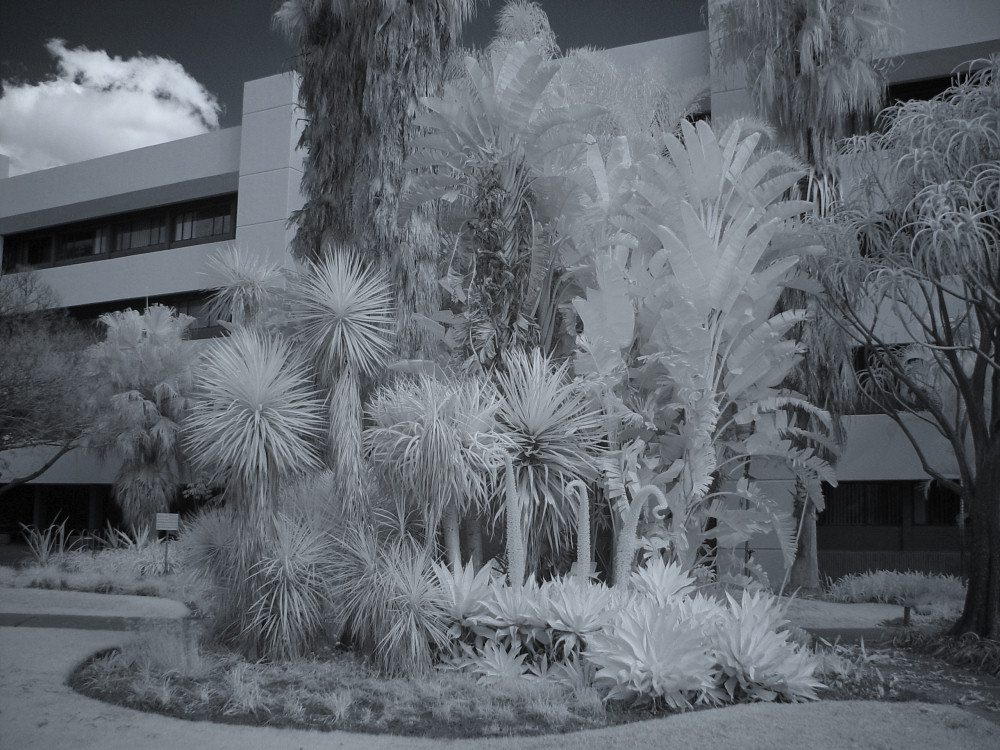 Outside the Natural Sciences Building The same shot with different post-processing

As you can see, post-processing is of utmost importance in this type of photography. To me, the second picture is far more appealing than the first one (unfortunately, I can't remember what I did in either, but will try to recreate the effect some time).

I took some scenic shots in the Kruger National Park as I could unfortunately not get any animals to pose for me whilst using the F707. 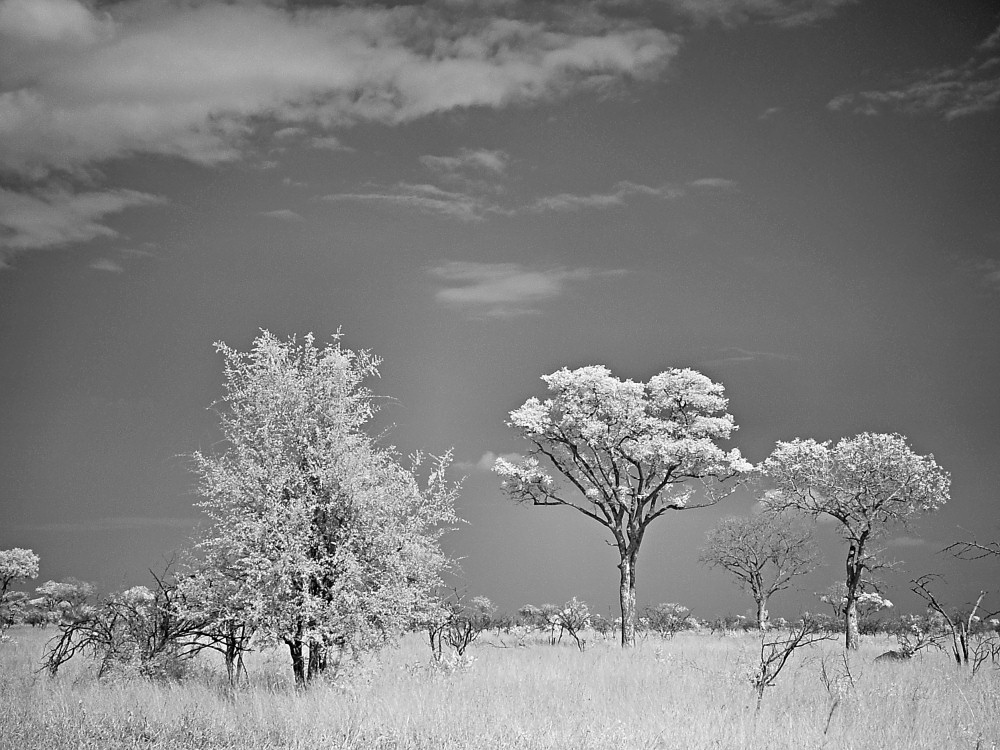